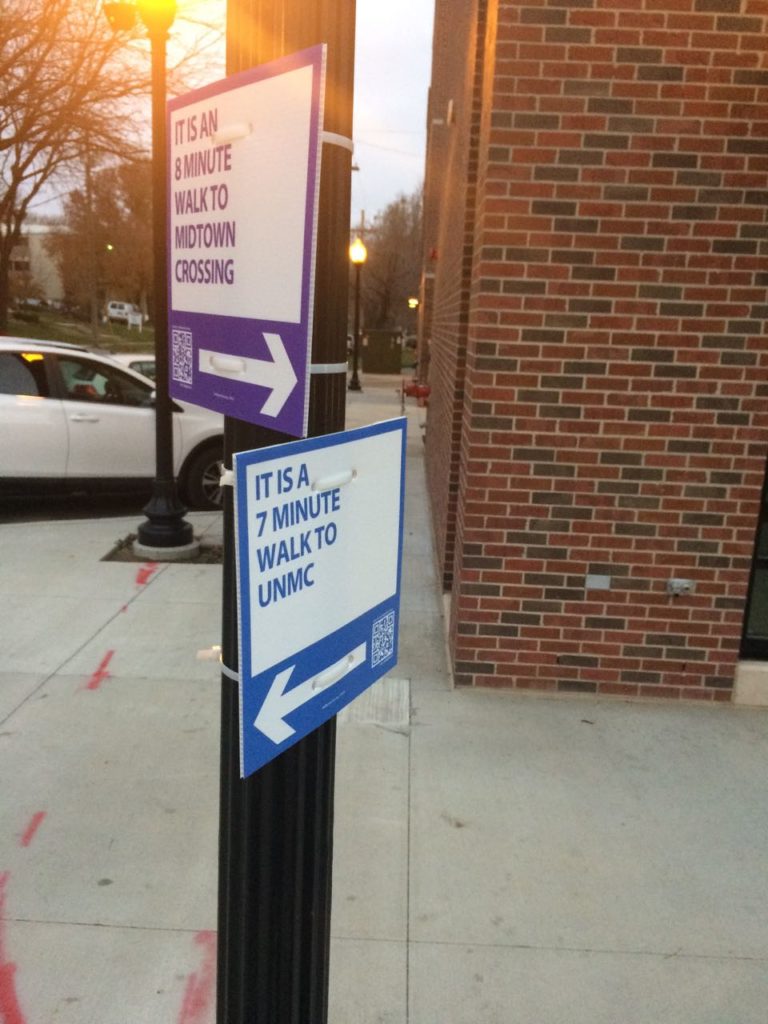 “Midtown on the Move is one of our best examples of a project that was fueled by Community Based Social Marketing. We are very proud of how the collaboration has come together and are pleased to help Midtowners #SwitchaTrip. ”

Launched in Spring 2017 and running for nine weeks, Midtown on the Move was a neighborhood-based program largely built upon a community-based social marketing approach to helping a target audience shift to a more active mode of travel.

Participants in four neighborhoods were asked to do one simple thing: switch one trip each week from driving alone to WALK / BIKE / BUS / SHARE. The program created a local buzz with on-the-ground engagement and media attention from the Omaha World Herald, KETV and some select attention from national media.

Midtown on the Move saw great increases in physical activity with 430 residents switching 8,700 trips and avoiding 27,700 miles of single-occupancy vehicle miles traveled over nine weeks. This is an average of over two trips and seven miles per participant per week. Of the trips switched, walking was the most popular mode (57% of all trips), with bus, bike, and carpool making up the remaining 43%.

With so many trips switched, congestion went down, air quality was improved, and physical activity grew each week. The real key is sustained change, and early results look promising: over 90% of participants indicated they will definitely (61%) or probably (31%) continue to switch trips.

CBSM is an approach to achieving broad sustainable behavior in communities.  It combines the knowledge from psychology and social marketing to leverage community members’ action to change behavior. It’s a tool we use frequently in all of our implementation work, and Midtown on the Move really allowed us to use it as a cornerstone the project.

As examples, an early focus was to ensure barriers—both real and perceived—were addressed and that strategies already working were built upon in these neighborhoods. Once there was a clear picture of the local needs, a program was designed to support switching trips. The program engaged local businesses, neighborhood associations, and local champions to create a buzz about the program.

Engaged neighbors and businesses, new wayfinding signs and bus benches in the neighborhoods, weekly rewards, and short simple feedback loops supported anyone who pledged to switch one trip each week during the nine-week program.

Every successful community program is supported by multiple partners. Midtown on the Move was made possible with support from the Douglas County Health Department, Emspace, Metro Transit, Midtown Crossing, and many other local businesses and community groups. Grant support comes from the Centers for Disease Control and Prevention through the Nebraska Department of Health and Human Services.